At the end of August, the “Atanasovsko Lake” conservation camp united nearly 60 volunteers in their care for nature and birds. It was organized for the 33rd time by the Bulgarian Society for the Protection of Birds (BSPB) in Bulgaria within the Pelican Way of LIFE initiative. 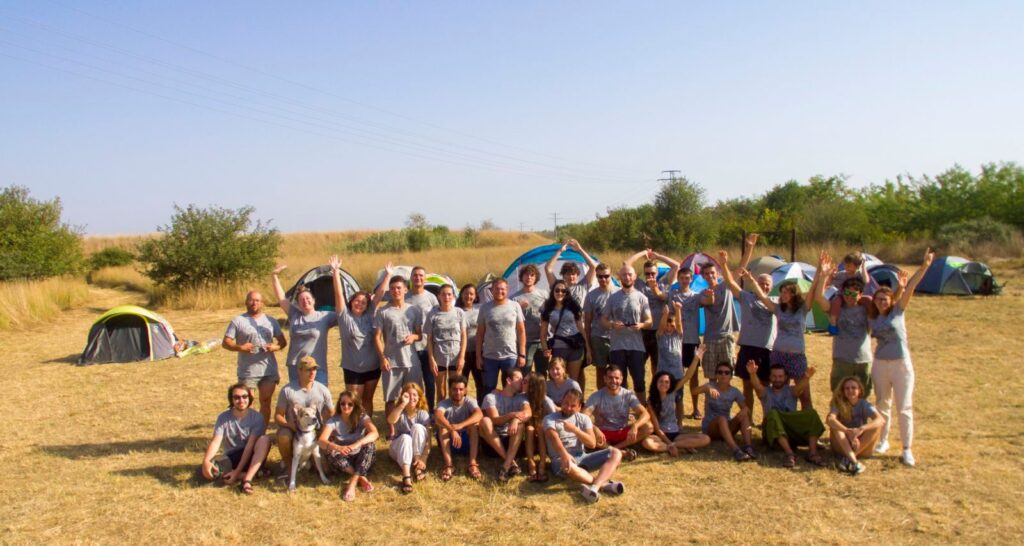 This year, the BSPB team together with the participants of the camp managed to repair four artificial islands for the nesting and resting of birds on Lake Atanasovsko. These structures were built by volunteers within previous camps and have an extremely important function for some species of birds in the lake. Different species of terns and plovers nest on them every year. Outside the nesting period, the islands are used by Dalmatian pelicans and many other waterfowl for roosting. 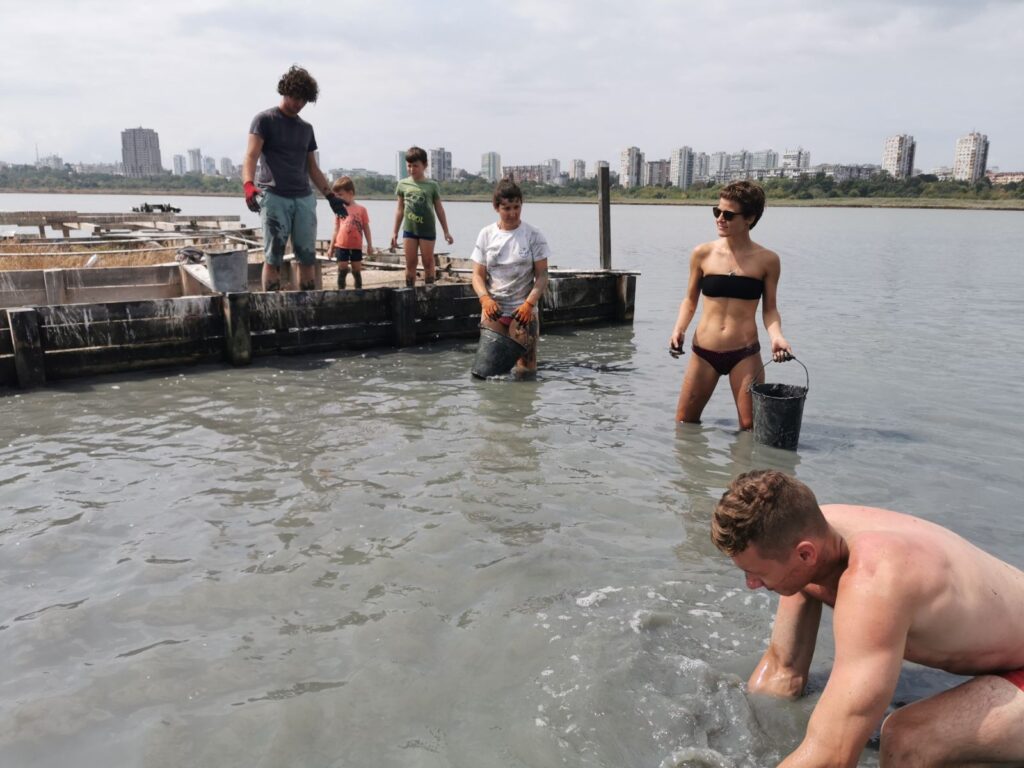 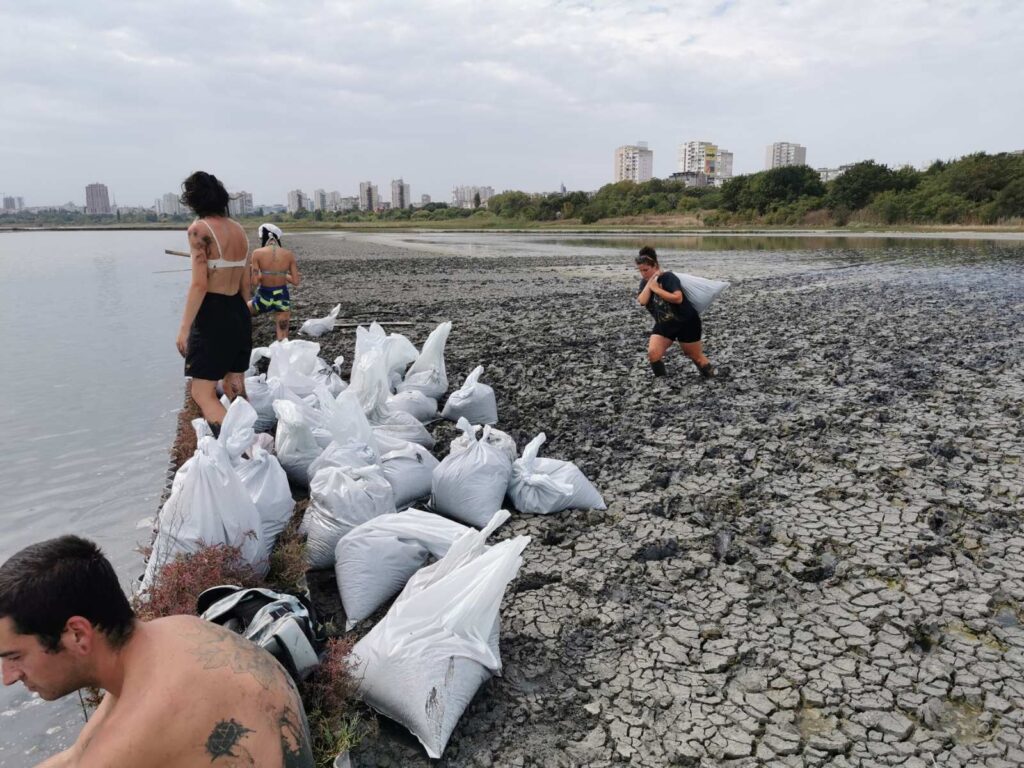 Two bird recognition training were held during the camp: observation of the migration of soaring birds from a stationary point and observation of waterfowl in Atanasovsko Lake. A total of 122,720 migrating white storks were counted from the bird observation point. Atanasovsko lake is an important stop for resting and feeding a huge variety of species during the migration period. Monitoring the numbers of birds, as well as the feeding and resting places they use, helps to get key information for their conservation. 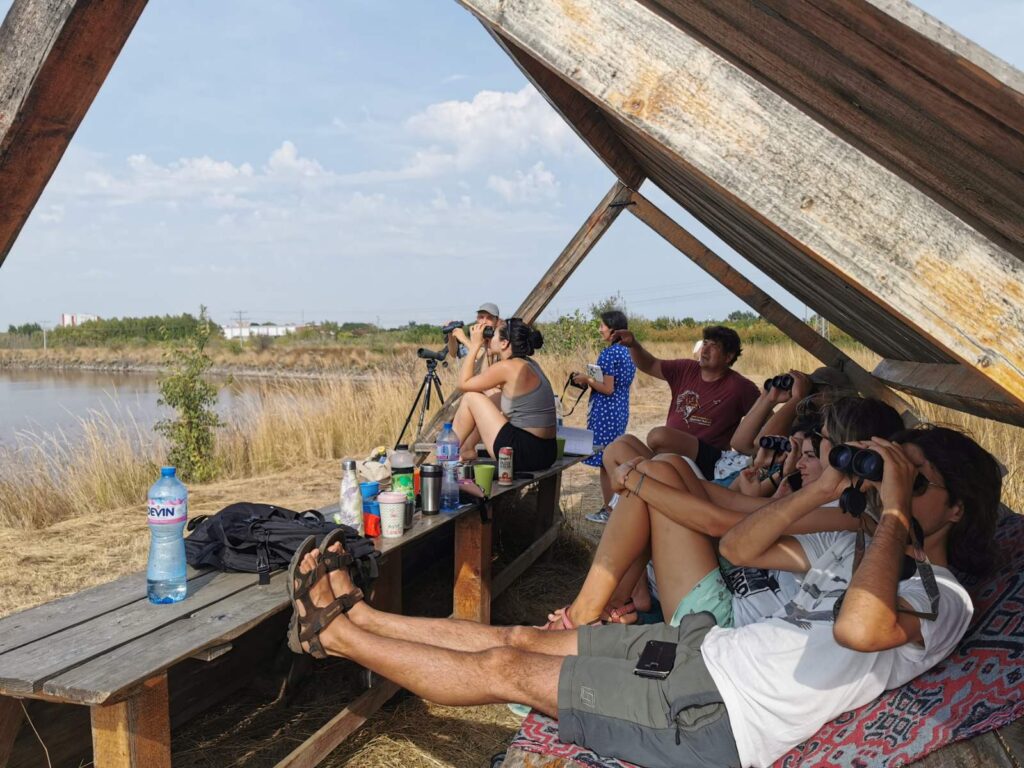 The team of the Bulgarian Society for the Protection of Birds thanks all participants, volunteers, experts, and friends who dedicated their time and effort to bird conservation! Also big thank you to Bojko Neov and Vladimir Mladenov for the nice photos from the event! 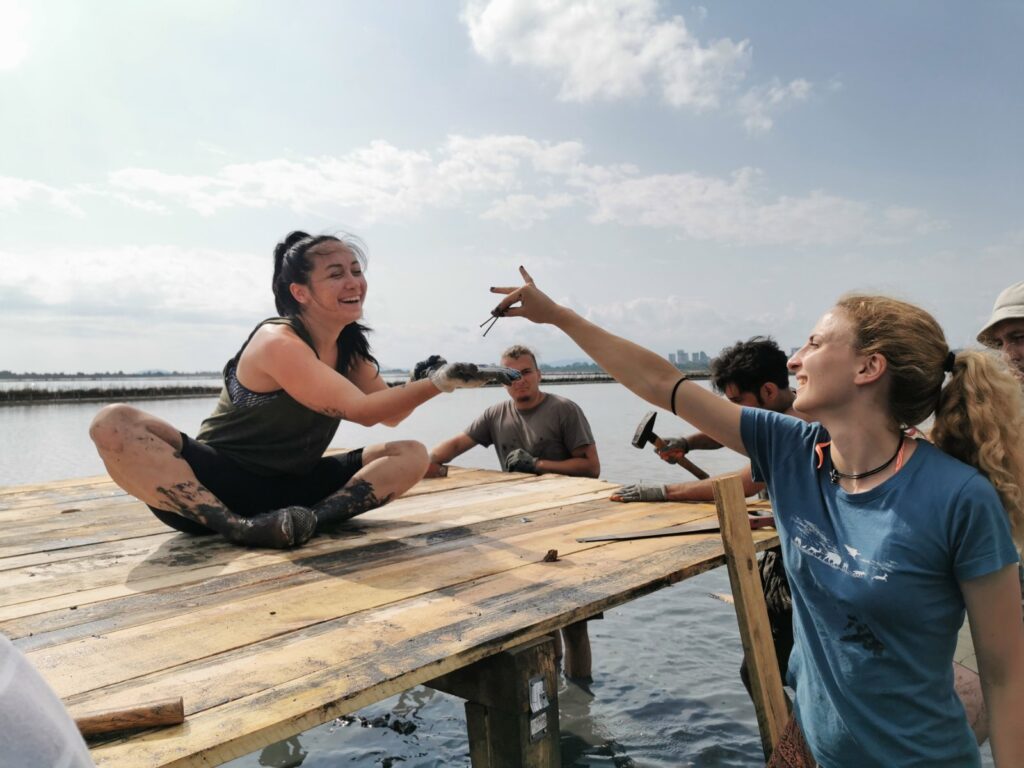 The nature conservation camp “Atanasovsko Lake 2022” was carried out within the framework of the initiative “Conservation of the Dalmatian pelican along the Black-Sea Mediterranean Flyway” funded by the LIFE Programme of the European Union and Arcadia Foundation.