During June, waterbirds belonging to protected species were discovered dead on three occasions, due to collision with power lines inside the protected area of the Mesolonghi Lagoon National Park, western Greece.

During June, waterbirds belonging to protected species were discovered dead on three occasions, due to collision with power lines inside the protected area of the Mesolonghi Lagoon National Park, western Greece. 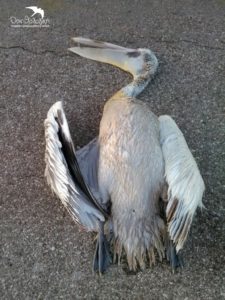 All these birds were discovered in the area near the pumping station, along the power network leading to Louros beach. This power line has already been deemed dangerous, because similar incidents, involving the killing of birds belonging to protected species, have happened before. In Greece, there is still a lack of consistent data concerning bird deaths due to collisions with power lines.

Hellenic Ornithological Society/BirdLife Greece, the Greek partner of the Pelican Way of LIFE Project, dedicated to the conservation of the Dalmatian Pelican, is monitoring selected powerlines in Mesolonghi Lagoon and Amvrakikos Wetlands areas. 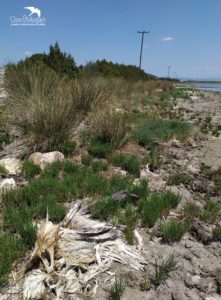 This Project began in September 2019 and is expected to run for 5 years. Actions under the Project will be implemented in collaboration with the local protected areas’ management bodies (Mesolonghi Lagoon and Akarnanian Mountains Management Body, and Amvrakikos Wetlands Management Body).

One of the Project’s objectives is the risk evaluation and mitigation of the power transmission networks affecting the Dalmatian Pelican. This action will run for one year in Mesolonghi Lagoon and Amvrakikos Wetlands, in order to locate critical points in which diverters will be installed in order for collisions to be avoided.

One of the two pelican species encountered in Greece, the Dalmatian Pelican has an almost worldwide distribution from west Balkans to southeastern China. Its largest colony in the world is formed in the Prespa Lake complex, northwestern Greece. Other Dalmatian Pelican’s colonies are formed in Lake Kerkini and Lake Chimaditida (Northern Greece), Lake Karla (Central Greece), Amvrakikos Bay and Mesolonghi Lagoon (Western Greece).

Breeding of Dalmatian Pelicans in Mesolonghi lagoon was first confirmed in 2011 and now about 50 pairs nest in the area, mostly in the Klisova lagoon, but also on an islet in the main lagoon.

HOS/BirdLife Greece has issued a call to Mesolonghi Lagoon and Amvrakikos Wetlands residents in order to report any case(s) of dead birds near power lines. Please cite the exact location and send photographs to info@ornithologiki.gr Tel.: (+30) 2108228704 & (+30) 2108227937.